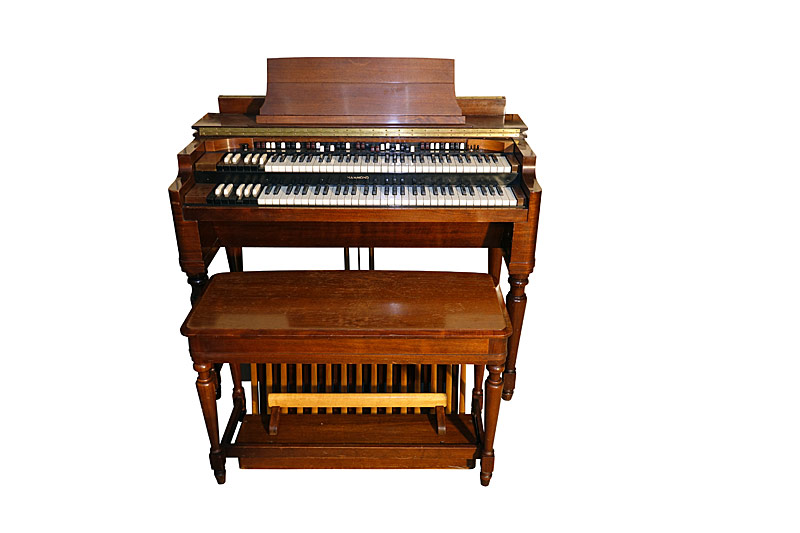 Feel free to stare in awe at this sight. This first Hammond Model A revolutionized the entirety of music from 1934!

Laurens Hammond previously developed the legendary tone wheel generator in Chicago. Its unique tone creation through rotating toothed wheels in an electromagnetic field not just continues to be an admirable work of art today, but also drove all other manufacturers of musical instruments to try to copy this legendary sound with all of its artifacts to the best of their abilities. This is still going on today—and likely also in a hundred years!

Probably predicting the earth-shattering success of this instrument, Hammond consequently named his first creation the Hammond A, which would later be followed by even more letters of the alphabet in an endless variety of mutations.

If you instinctively thought that the Hammond pictured here was the Hammond B-3 at first—probably the most famous one—we really can’t blame you. Laurens Hammond did develop a completely new instrument with unique features in 1934, but he had already set out a design with his first model that would only become the unofficial worldwide standard 20 years later with the Hammond B-3. So it’s easy to get them mixed up visually. 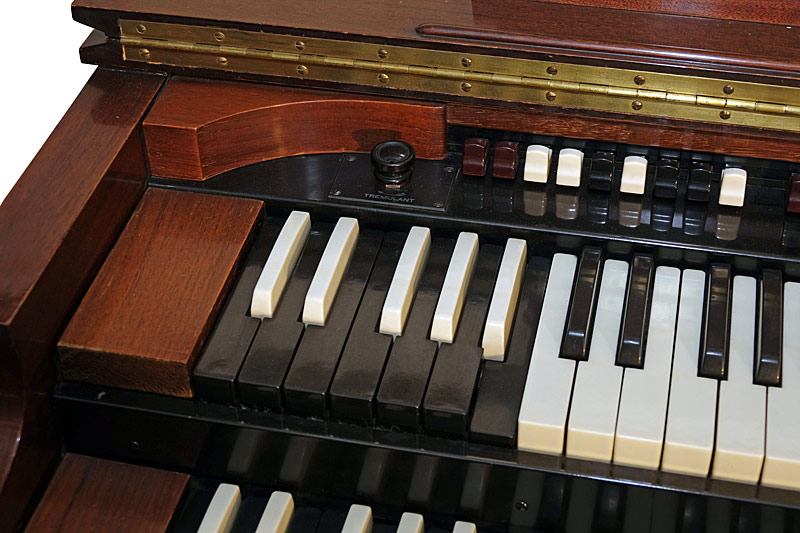 It’s only on closer inspection when we find out that this Hammond A—where the rocker switches are located on later models which are assigned to the no less style-defining vibrato—used an infinitely variable tremulant for amplitude modulation. 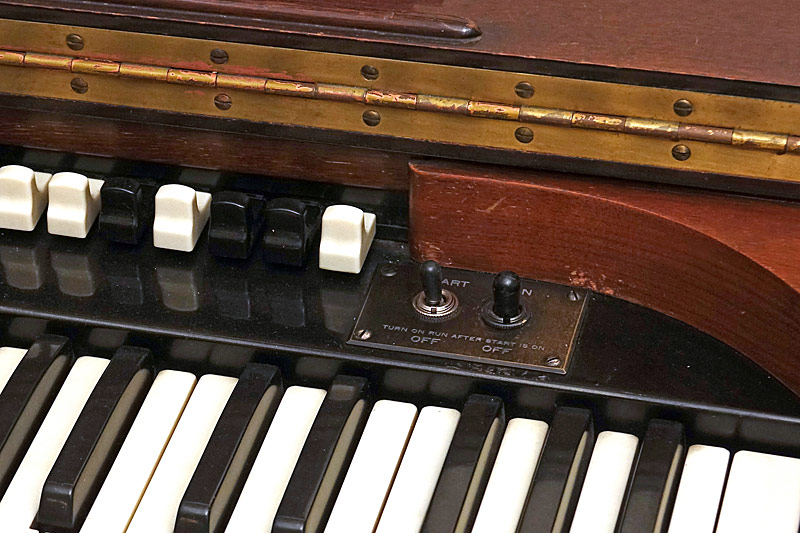 Both switches for the start motor, otherwise known as the run motor (top-right in image), had to be shifted a row higher in later models to make room for the four percussion rocker switches.

A size comparison: Hammond A (top), Hammond B (bottom) 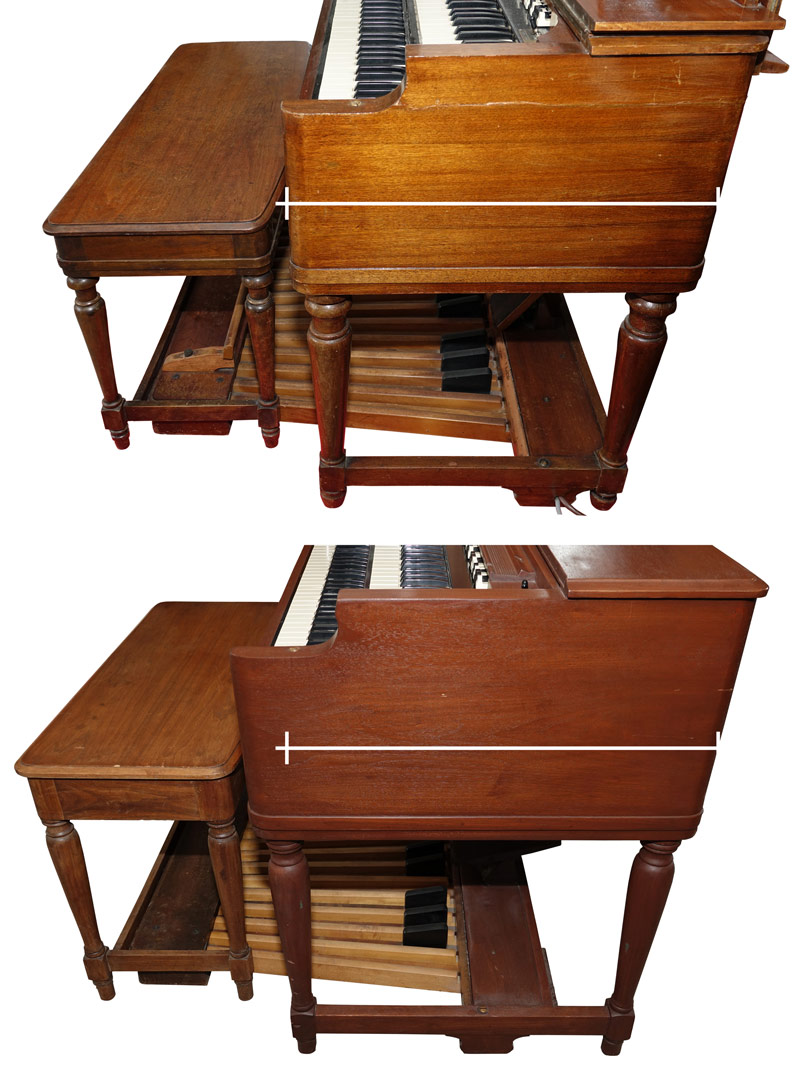 In order to revive the original, somewhat monotonous sound of the plug-in organ, Hammond soon integrated a second generator in the BC model at great expense which generated mild vibrations and with it a lively soundscape, acting as a chorus generator. Space was needed for this, of course, and the console width was subsequently expanded to 28 inches (72 cm).

The first-known recording of a Hammond organ, ca. 1935

The Hammond A would’ve benefited from the reverb in larger rooms to create volume. Maybe this recording from Milt Herth that clearly came from a small studio inspired Hammond to achieve further global success with his spring reverb, developed years later.