A Tribute To Wolfgang Ambros

The all-star band WOLFGANG A pays reverence to probably the greatest Austro Pop legend and brings an absolutely representative cross-section of about 100 classics between Zentralfriedhof, a Hofa and beautiful ballads like Langsam wochs ma z'amm!

A respectful tribute to the Austrian soundtrack of several generations!

CHLX - a motto abbreviation that has it all: on the one hand CHL=60, because the Roman numerals LX mean 60, on the other hand CHLX stands for 23 years of Austropop project CHL and furthermore for CHL in X formations.
[Copyright for CHLX : Gert Prix, mathematician and musician]

With date February 11, 2023 the author, journalist and musician Christian "CHL" Lehner reaches his sixtieth birthday. Actually nothing special, except one makes it so. Instead of a birthday party, CHL celebrates his round birthday on February 11, 2023 on stage at the EBOARDMUSEUM in Klagenfurt.

And celebrating with him are longtime friends and companions:

The band will perform Austro Pop classics and rarities, rock classics with their own dialect lyrics, as well as their own song creations.

Pure Soul, Rhythm & Blues! The multicultural and prominent formation VIENNESE LADIES pay their respect to the indomitable artist with their Etta James tribute program and are now ready for their debut album, which they will present to their audience in 2022/23.

Each individual has made a name for herself on her instrument or as a singer, so the ladies can confidently be called a supergroup. The musicians come from the USA, Great Britain, Switzerland, Belgium, Bulgaria and Austria and have all found their center of life in Vienna. The VIENNESE LADIES have gained an excellent reputation in the Austrian live scene over the past five years, as their performances are bursting with energy and joie de vivre.

The country legends ride into the EBOARDMUSEUM

Our scouts report JOHN DEER are coming back to the EBOARDMUSEUM.

Two long winters have passed since they were last sighted. But now they are packing their instruments into their covered wagons. And in their saddlebags they have the biggest country hits between Nashville and Bakersfield.

All great classics of this band of superlatives, including great hits also from their environment and their prehistory!!!

Of course, the hardware used by Hardware is also exactly on point: real Moog synthesizers, a Hammond C 3 and Hammond L 100 each, as Keith Emerson also played so furiously, Clavinet, an opulent guitar set, bass 7 strings and and and...

A Cross Section Of Rock History

ROCKSTORY tells the story of rock music. From the early beginnings to the present, from the rock'n'roll of the 50s to the beat and hippie music, classic rock, the stadium rockers of the 80s as well as the grunge of the 90s and everything from the noughties on top!

ROCKSTORY is a 12-piece live band built around the classic rock lineup of guitars, bass, drums and keys, augmented by three-part horn section, lead and set vocals - and a female narrator to guide you through the history of music and time.

That's the best way to describe CJUW's philosophy. The quartet from the Pinzgau in Salzburg combines in its English-language original compositions classical songwriting with influences from blues, rock, jazz to country. Thereby dynamically arranged songs, which manage to surprise the listener again and again - and still surprise the listener over and over again - and still exude a musical character that is which is commonly referred to in English as "listenable".
Many of CJUW's songs are characterized by catchy, timeless melodies, to which one can only difficult to escape after the first hearing. Probably also because the songs about great emotional cinema - love, relationships, friendship or even the world itself. or even about the world itself. Exactly the right terrain for the two singers Cornelius Hofer-Bräuer and Wolfgang Schwarzbach, who know how to send out musical messages in such a way, that they get under the listener's skin.

ROCK-BLUES- AND JAZZ-CLASSICS IN MODERN FASHION

Gerd Schuller does not always want to be reminded of his great TV successes. We respect that, of course, and do not mention here that he is responsible for the legendary soundtracks to Kommissar Rex or Schlosshotel Orth, among others. :- )

And Gert understands Gerd only too well: He with the soft "d" belongs to the absolute elite of European musicians, who elicit the absolute optimum from legendary keyboard instruments with unbelievable intuition.

Well, and in his quality class you can kind of choose your fellow musicians. In ORTHographic corREXt order: 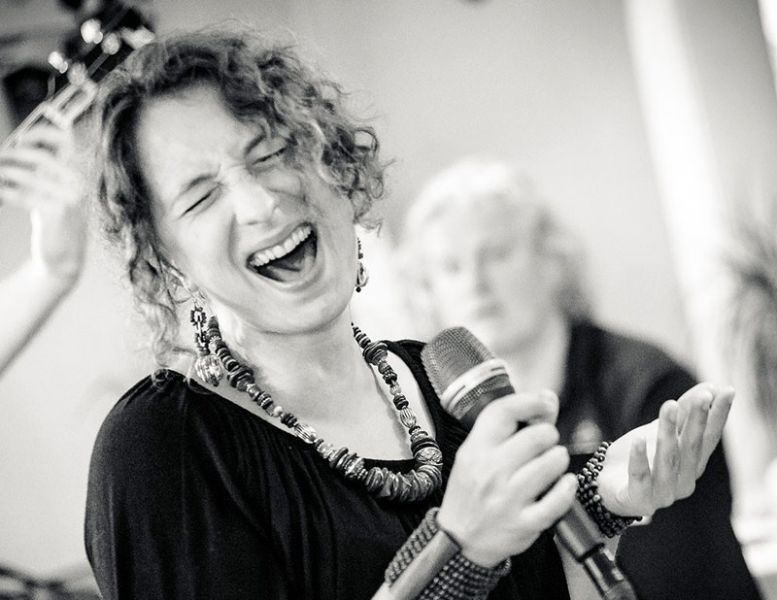 The EBOARDMUSEUM is wishing you a Happy Easter!

WOLF AND OTHER ANIMALS

Members of the then original RUBETTES performing all their great hits and of course Sugar Baby Love at the EBOARD­MUSEUM!

After the best yodeling Japanese (in the 80s), here's the best Austrian Italo music, with

(Italian hits from the 60s to today. "A toast to life, a toast to Italian music!")

A Tribute To Joe Cocker

The end-of-school party for adults

An Evening For Three

World premiere : THE WHOLE SGT. PEPPER ALBUM LIVE for the first time - not even the Beatles ever managed that !

Not a repeat, but a continuation of the program from the evening before.

The Christmas session for young talents of all ages

You can sing? Dance? Tell stories? Do you love comedy? Or master a musical instrument?

Then there is another chance to perform in front of an expert audience just before Christmas:

In the session named after the museum's founder, up-and-coming artists have the chance to perform alone or together with established stars of the scene for a few minutes under the critical, albeit friendly eyes of our audience.

A Christmas reference is gladly possible, but not mandatory!

The Sound Of Carlos S

A Tribute To Carlos Santana

We wish you a wonderful Easter!

NUMBER ONE HITS OF THE SIXTIES & SEVENTIES