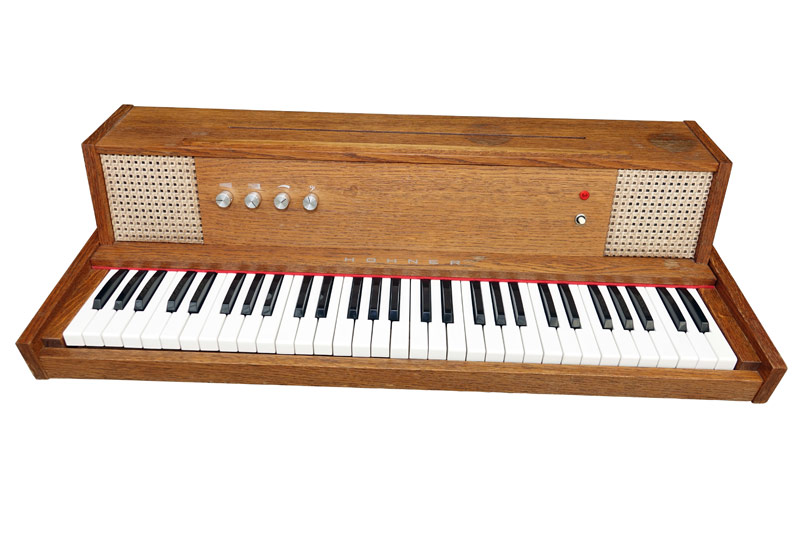 This electric piano belongs to the rather comprehensive model series of the legendary Hohner Pianet. The principle of operation is simple and logical: sticky pads press on tuned reeds, which are raised and set into vibration when the keys are pressed. Individual pickups amplify this initially weak signal and produce the - thanks to many hits - popular and rather mellow sound of Hohner pianets.

But what does the M stand for on this Pianet M, produced from around 1977 onwards?

Modern design? From a seventies point of view, certainly!
Moderate weight? Noooo!
Mass production? This instrument is a great rarity!

Integrated modulator?
This is the solution!

Today, this modulator would probably be called a chorus. But then this would be a PIANET C, right? And this actually exists, but again looks quite different!

Some things in this world are quite coMplicated...