Early red and white version of the "Funkiest In­stru­ment Ever", Special Edition of the E­BOARD­MU­SEUM with burn marks. 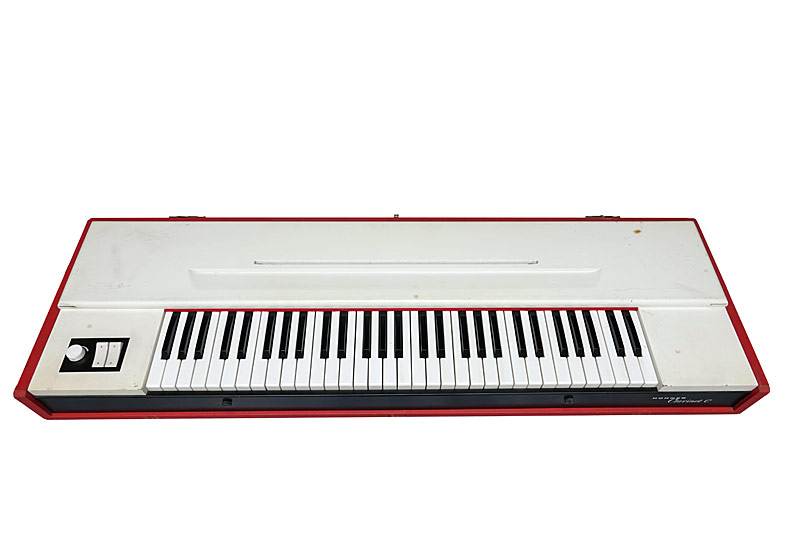 Clavinet 1, the firstborn. On very early specimens even the neponymous "1" is missing
Clavinet 2, the same as the Clavinet 1, but without the integrated speaker.
Clavinet C, unmistakable by the red covering and the white cover
Clavinet L, with asymmetrical console and color-shifted keyboard
Clavinet D6, the worldwide megaseller
Clavinet E7, in the elegant black design of most Hohner electronic products of these late years
Clavinet Pianet Duo, occasionally called Pianet Clavinet Duo, combines the two world successes Clavinet and Pianet in one instrument

The Clavinet C takes a special role here: Thanks to Stevie Wonder, this new wiry and incredibly funky sound became a worldwide experience. Even though Stevie later switched to the Clavinet D6 - with his Clavinet C he defined new standards in terms of playing style and sound!

Since Stevie Wonder is a non-smoker as far as we know, this item of the EBOARDMUSEUM should NOT have been his...