The epitome of the Hammond organ 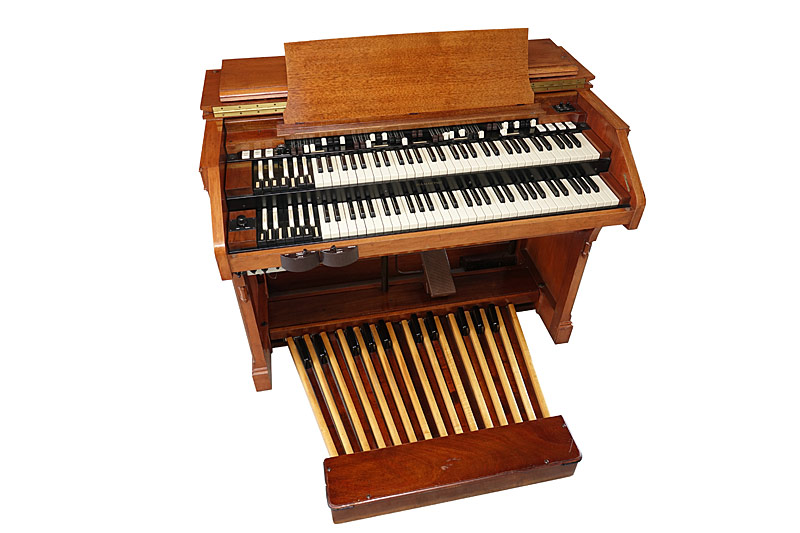 The Hammond B-3, produced from 1955, and the Hammond C-3 are technically identical. The somewhat holy-looking console of the Hammond C-3 was surprisingly more widespread in Europe, while the B-3, with its lathed legs matching the classic look of the first model the Hammond A, instead conquered the American market.

I wonder if the "C" of the C-3 really stands for "Church"? God only knows…

This Hammond C-3 in the EBOARDMUSEUM… 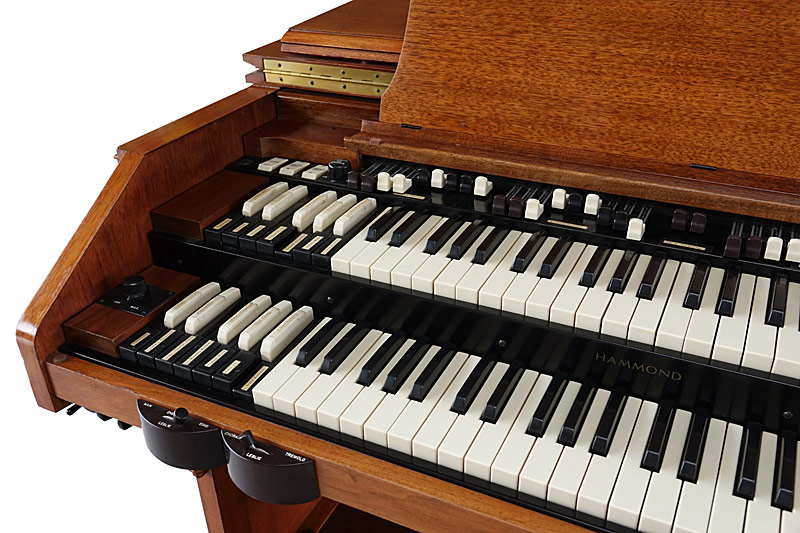 … was the famous original pin-up girl in the ▸ October 1989 edition of Keyboards magazine.

The cover of the October 1989 edition of Keyboards magazine, featuring this wonderful Hammond C-3, refers to the 12-part Hammond story, researched and expertly written by Dieter Enners.

Dieter Enners was also the one who created the ▸ Hammond Nostalgie Club, which remains very active to this day. Two club meetings each year, as well as the regularly released Hammond Nostalgie Times, make sure to reveal any remaining secrets, mysteries, and technical details about the Hammond and Leslie. A fantastic club and a fantastic instrument!